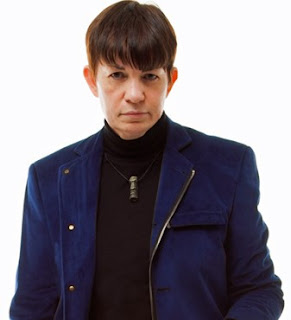 From her FBI years to the time she spent as an Attorney for the NYPD assigned to the Tactical Narcotics Team in Harlem, and her prolific career as a surf guitarist, the out artist has a lot to say and is never afraid to say it.

Susan’s endured more than her fair share of misogyny, discrimination, even physical assault; but throughout it, she’s stuck steadfast to her goals and refused to be intimidated. And although her musical genre tends to be straight-male-dominated, she's done hiding in the closet.

Whether engaging in espionage or breaking into music, this queer musician has always been fearless and lives out loud. Surftone is a fascinating woman who has continuously been breaking barriers.

Now the sixty-something year-old artist just released a new EP  “2nd To One”.

The album, an homage to Elvis Presley (Surftone’s idol) is a take-off on Elvis' collection of great B-sides called "2nd To None”. It features Darlene Koldenhoven, the nun with the tambourine from the "Sister Act” movies, who plays the piano on "One-Sided Love".

There’s probably not a single person who wouldn’t be inspired by the story of Susan Surftone.

She went from a career working in an government agency that is reputed to be very macho, to another profession known to be heavily male-dominated, namely “surf” music as a guitarist. Yet while the gender ratio wasn’t in her favor, she thrived in both fields.

In the early '80s, SurfTone (real name: Susan Yasinski) was an FBI agent in New York, chosen to monitor KGB agents assigned to UN headquarters. The Soviets weren't allowed to travel more than 25 miles outside New York City, so she would run surveillance and occasionally go undercover to sniff out their motives and next moves.

Fancy  job, but she became worried about her future within the bureau. For a lesbian, upward mobility was not going to come easily. Plenty of Hoover men were still in place at the FBI, and "don't ask, don't tell" was the prevailing attitude. It grew increasingly more difficult to make excuses for not dating, and she knew the rumors eventually would prevent a promotion, anyway.

But something other than the challenge of hiding her sexual orientation ultimately led to her resignation from the FBI. Leaving the FBI pushed SurfTone to form bands of her own.
Susan and the Surftones went on to record more than 10 albums, became breakout stars in Europe and even had a couple of their songs featured on a season of The Real World.

Through the years she has always been a strong advocate of encouraging girls to play guitar and start bands. She continues now to be a social activist for women empowerment and LGBTQ rights.

Ironically, with Russian espionage in the news lately, Susan’s found herself reflecting back on her FBI days with unexpected frequency penning more than a few op-eds about the political news of the moment, published in HuffPost, The Advocate and Curve.

Surftone has become an influential trailblazing voice in both the political arena and the LGBTQ community. She's using a lifetime of lessons and musical talent to encourage other queer young women to sing out loud and strong.

Posted by Pink Banana Media at 7:54 AM